More millionaires and billionaires are being created today than ever before in history.
Money has never before been such an abundant resource.
It's never been EASIER to make money than it is today.
Yet.... you're still not seeing as much of it as you would like.

We’ve all been conditioned to think of money as a scarce commodity. We’ve all been taught that money is something we should never openly talk about or pursue because “it’s just not that important.” We’re led to believe that money is a limited resource and so having any more than just enough to get by, is self-centered and greedy.

All of this conditioning has become the new norm — and so has living far below your financial potential.

You find yourself working overtime, hustling in your business, taking on another job that you don't want to take on, and doing just about everything you HATE in hopes of pursuing a life that you LOVE.

Anytime the word “money” comes up, you start sweating. You feel as if an elephant just sat on your chest and you can’t breathe.

But, is this actually normal? Why allow this to be our norm?

Are we supposed to resist money?

Why DO we even resist money?

Is this how the wealthy got wealthy?

By fearing money? By overworking? By hustling? By taking on 3 jobs just to open up the possibility to travel more? By struggling their way to the top?

Our beliefs around money are completely out of balance and it's time to do something about it.

Whether they were born that way, earned their way to the top, won the lottery, or built a successful business, it doesn’t really matter. Zero resistance means that you have no negative emotions associated with money.

You see money as a neutral resource. You see it as a TOOL that can massively enhance your life.

You see it as an opportunity amplifier. You see the possibilities within money rather than the problems you think it causes.

Money is not the root of all evil. Not a scarce commodity. Not something that requires us to be WORTHY and prove that we are good enough.

It’s time for you to release all the resistance you are holding toward money. It’s time to eliminate the financial limiting beliefs that have been holding you back.

As someone who, just three years ago, found herself completely broke and in $25,000 worth of debt living on her grandmas couch, I totally know what it’s like to completely resist money from flowing into my life.

There’s nothing more frustrating than being capable of earning money while also simultaneously watching the flow to your bank account pinch off and become nonexistent.

The very beliefs we hold around money are what determine how money shows up in our life.

“To be rich, you must be born rich. My family doesn’t come from wealth, so my chances are slim.”

“I’m not worthy or deserving of having money”

“Money is a limited resource and there’s only so much to go around. I feel guilty for having more than my share.”

“I have to work REALLY HARD for money and it’s going to be a brutal process to get rich.”

“Money goes out as easily as it comes in. I can’t seem to hold onto it!”

If they do, it's safe to say that they are the VERY reasons why money isn't showing up at its fullest in your life.

Most of you are familiar with my Rich Babe Academy program (my 6 week money mindset mastery course) that took me from Grandma’s couch, to a self-made millionaire in just 2 years.

There is ONE tool I didn’t learn until much later in my financial freedom and money attraction journey that made the entire game so much simpler– you guessed it: EFT.

By using EFT (or Emotional Freedom Technique) to work through these 7 limiting beliefs, I was able to speed up my results and eliminate any resistance that came up instantly. It is now where I BEGIN when addressing any and all limiting beliefs that come up.

Now, I’m not guaranteeing that EFT is a magical Unicorn here to push a button and make you an instant millionaire, but what I will say is that this is one of the MOST effective tools I’ve been using to release resistance since I became a Master EFT Practitioner.

Look at this as a stand-alone program AND a massive boost if you’re already familiar with the Rich Babe process.

It has changed my life in more ways that I could ever think of. It goes beyond money for me, but that is one area that’s shifted the most in the last two years.

Now... It's my mission to help you use EFT (or Emotional Freedom Technique) to annihilate 7 of your most crippling limiting beliefs around money in just 7 days.

This program was designed to give you the magic of EFT, also known as “tapping” in the personal development world, and apply it to a VERY emotionally sensitive area of your life — money and finances. 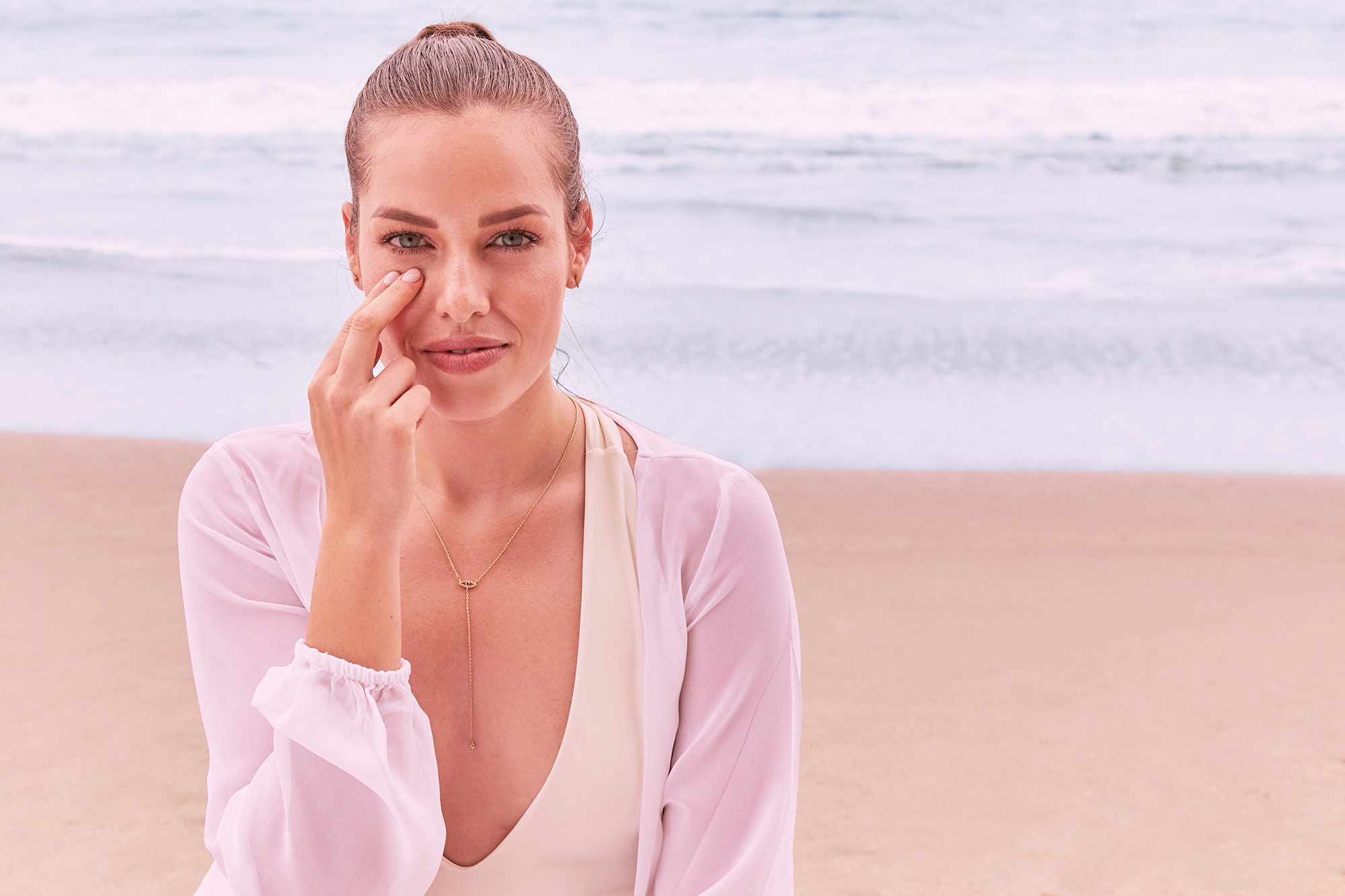 If you're ready to taste true emotional and mental freedom around money, then this program was made for you.

You're probably wondering... how exactly does EFT work?

Emotional Freedom Technique (or EFT for short) was designed to help you re-balance your emotions (or energy) utilizing ancient Chinese medicine practices of tapping on the body’s natural energy meridian points.

Similar to acupuncture, EFT applies pressure to these points located in the body’s meridian by literally tapping on them. Any energy blockages surrounding an issue lighten and lift off the client within 10-15 minutes.

EFT is also a great way to promote the natural flow of the body’s energy through the meridian and bring everything back into balance on a daily basis.

Since EFT doesn’t require practitioners or special needles, it can be done anywhere at anytime. You can do it privately at home, on an airplane, in the car, or even behind your desk. It’s such a great tool to have in your back pocket any time you need to access it.

Once you master these 7 money limiting beliefs, you can use the exact same tapping process to tap on any other limiting beliefs (money related or not) or anything else that you are having an adverse emotional reaction to.

Now you're probably wondering... how does the program work?

Upon enrollment, you will receive an email explaining to you how to access the Manifestation Babe Member’s Only portal that contains the program.

Inside the portal, you will get a Tapping into Massive Wealth guidebook explaining the EFT process and the breakdown of how the program works. You will also find links to each of the daily sessions accessed via video, as well as the 7 PDF scripts.

On each day of the program, you will be tapping along with me to release that day’s limiting financial belief. Each of the sessions are less than 10 minutes long which means that in less than the time it would take you to make your morning latte, you can start your day feeling energized, light, free, and excited to attack the day with a positive mental attitude.

Tapping into Massive Wealth is 100% possible and I am so excited to help you open yourself up to all the abundance in the world that you can possibly imagine.

It's time to become a CLEAR CHANNEL for money to come through!

GET THE ENTIRE TAPPING INTO MASSIVE WEALTH 7-DAY PROGRAM

For a SUPER limited time, this program is available for you to snag for just 1 easy payment of 44.

The freedom EFT has brought into my life is honestly priceless, but if I WERE to price this program it would definitely be above $1,000. Sign up now to lock in this special rate of $44.